Why is this race called Groundhog PSI-clocross? Well, in 1992 the downtown square of Woodstock, IL was used to film the movie Groundhog Day. Rob Curtis and the PSIMET crew have carried some parts of the movie into the venue.

We haven’t done one of these in a while, but here goes…

The South Chicago Wheelmen bring a new venue to Chicagoland Cyclo-cross, on the grounds of Glenwood Academy.  https://www.glenwoodacademy.org/

Registration on BikeReg closes at 9:00am Saturday morning. There will be race day reg as well for $5 extra.

There will be a kiddie course set up for most of the day.

Racers can park anywhere there are NOT cones. No parking in the residence lots, which will be blocked by cones. Parking on grass is acceptable.

Race flyer and info: https://www.southchicagowheelmen.com/indian-lakes-weekend (yes this is the correct link, but the race is NOT at ILR 🤷‍♂️).

This race is a fundraiser for the Glenwood Academy. Consider donating either cash or by purchasing raffle tickets for a Psimet wheelset. One ticket for $5 or 5 for $20.

There will be food (hot dogs and hamburgers) and beverages, adult beverages too, beer and wine, and water from 11am to 2pm sold by Academy staff.

DIRECTIONS: Race venue is located at 500 W 187th St. Glenwood, IL 60425 Enter at 187th and Chicago Heights Glenwood Road at the stop light on the East side of the campus. 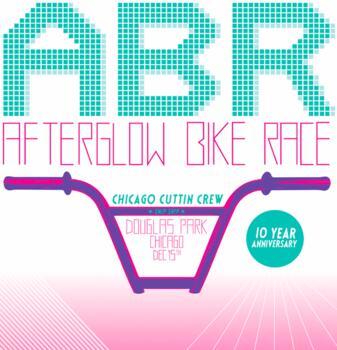 Pheasant Run Resort (#PRRcx) is hosted by veteran race promoters, the South Chicago Wheelmen, one of the region’s and country’s oldest cycling clubs.

Why is this race called Groundhog PSI-clocross? Well, in 1992 the downtown square of Woodstock, IL was used to film the movie Groundhog Day. Rob Curtis and the PSIMET crew have carried some parts of the movie into the venue.

Reminder this is the 2019 Illinois State CX Championship. You can’t be the best in the state unless you win this Saturday.

The race is not a part of the Chicago Cyclocross Cup so your series points won’t be impacted. It also means that staging will be done solely by CrossResults.com ranking. Preliminary staging will be posted here.

Kids Race hosted by Parker and Andrew Curtis will be at 2pm. Competitors will be asked to (have a parent or guardian) sign a waiver and will receive hot chocolate after the race. Ask at Registration for the location of the race but fill out the waiver at the kids race itself.

In order to cut down on traffic issues in the pits – Pit Passes WILL be presented and required during the Women Cat 1/2 & W3/4 and Men Cat 1/2/3. You can have a maximum of 2 per rider. Ask for passes at registration. No one will be allowed in the pits during those races without a pit pass.

We will also be attempting to have business cards available at registration that you can take and give to any local business you visit while in Woodstock. It’s a little way of letting them know the race is what brought you into their city.

If all goes according to plan, Results from Saturday will be uploaded and impact CXR points and staging for Sunday’s race. This may not happen, but at worst your result from Saturday will not negatively affect you Sunday staging.

Food: Duke’s Blue’s and BBQ – http://dukes-blues-n-bbq.com/ – will be out again this year for both days serving tasty delicious BBQ.

You can park anywhere in the confines of the park as long as it is in a parking space. Teams may offload and set up in multiple locations but a section near what will most likely turn into tent city will be open for drop off. Simply drop and move the vehicle when you can. The road through the park will be closed at the bottom of heckle Hill as well as the top. If you enter from South Street you can still park in the lower lots. Otherwise you can enter from either of the 2 North via Kishwaukee Valley Rd / Jackson St.

Registration will be in the parking spots adjacent to the top of Heckle Hill.

Absolutely no vehicles on the grass at any time. This is the biggest requirement of the venue. Any vehicle on the grass can and will be ticketed.

This park has “always” had a “no alcohol” policy. So when you bring in cups for your soda and lemonade PSIMET asks that you pack out what you bring in. It helps PSIMET make sure the park doesn’t think we’re a drinking series with a cycling problem if there aren’t a lot of juice boxes laying around.

Course: While PSIMET’s intention was to run the same course as the preview race last year they found that the venue, like most others this year, is too at risk because of water to allow them to use the same layout. Instead the course will be vastly superior and will remind many of some of the better Woodstock courses of the past. Included is lots of off camber riding and turns, Heckle Hill with a twist, new and challenging routes through the woods, flowing lines through the ancient tent city area, and more climbing than you can shake a stick at. The sand is flooded as are the routes to and from it that feature has been a last minute removal from the course

Check out our photography partners for all CCC race photos: